If you have something you need shipped to, from or within Washington State, then you’ve come to the right place. At Freight Rate Logistics, we can provide you with an instant online freight quote, so you can easily use our system to get an estimate of shipping costs with no obligation and no time wasted. You can go straight to the quotation questionnaire for full truckload, less than a truckload or international shipping. Once you see our rates, we think you’ll want to use Freight Rate Central to schedule all your shipments. If you’re wondering about some of the issues that affect freight and trucking in Washington State, then read on…

Interstates crossing Washington include I-5, I-82, I-90 and I-205. Washington State restricts trucking traffic to the right-hand lane on a number of highways and interstates. Any vehicle towing a trailer and/or in excess of 10,000 pounds may not be driven in the left-hand lane on limited-access routes that have three or more lanes in one direction, excluding High Occupancy Vehicles (HOV). Commercial vehicles over 10,000 pounds GVW are prohibited from HOV lanes entirely. Routes primarily affected by left-lane restrictions include I-5, portions of I-90 and I-405 in King and Snohomish Counties, and portions of I-90 in Spokane. Information about events impacting specific Washington State routes is available from the Washington State DOT. 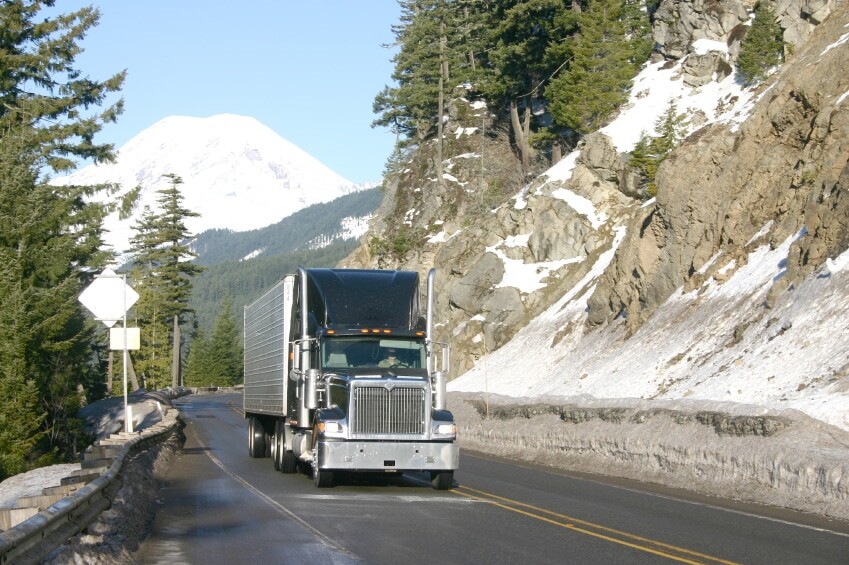 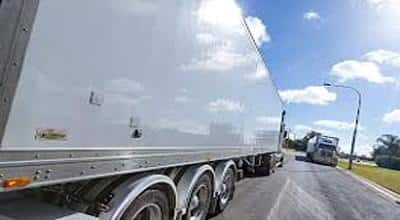 Washington is the fourth largest exporting state in the US, behind New York, California and Texas. These three states, along with Illinois, Florida and Michigan are among the states that Washington State trucking companies and freight companies serve most often, moving goods both to and from Washington’s busy ports serving Asia, and moving Washington’s manufactured goods and agricultural products throughout the nation.

Commercial trucks entering Washington State are required to have permits, even trucks that are not oversized or overweight. The permits for regular trucks are called “Trip Permits,” and trucks that arrive at a Port of Entry without a permit are not allowed entry. Truckers can obtain permits by phone from the Washington Department of Transportation (WSDOT) during regular business hours or online. The Commercial Vehicle Permitting Office lists other approved permit vendors. Vehicles over 10,000 pounds gross weight and vehicles in combination — trucks with trailers — are limited to a maximum speed of 60 mph on Washington State highways. For more detailed information about Washington State trucking and freight, including weight and height restrictions, see the Washington State Commercial Vehicle Guide.

Our LTL Freight Carriers and FTL Trucking Partners In Washington include: