Freight Rate Central is your source for discounted Indiana trucking and shipping throughout the state, if you are planning on shipping through or to Indiana then why not ask us for a quote? Freight Rate Central can arrange for trucking that’s local or interstate and our quotes are calculated instantly, online. We can arrange transport for almost any type of freight in Indiana; we’ve got many specialized options available. The first step is to get a free, instant online quote using our fully automated system. It can give you an estimate for a full truckload, or less than a truckload shipment.

Indiana’s main north-to-south artery is I-65, which runs from the southern end of the state from Kentucky,  and continuing north through Indianapolis until it reaches the northern end the state, where it connects to the I-94 and I-90 where it continues into Michigan and Illinois. Also connecting Illinois to Ohio is the I-74 which runs from the eastern end of Indiana to the western end of the state. 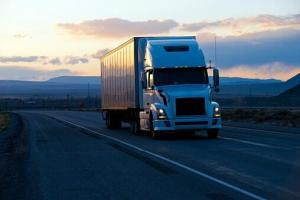 Indiana is a state that operates on the industrial side of the economy, in fact, a large percentage of the states workforce has employment in the manufacturing section, making Indiana the leader for manufacturing employment in the United States. Indiana’s leading exports are heavy in the automotive industry with motor vehicles and auto parts, but also includes industrial and electrical equipment, pharmaceutical products, and medical equipment. Indiana also operates in the agricultural sector being the fifth largest producer of corn in the united states.

Indiana  Shipping and Trucking to Illinois, Kentucky, Ohio and More 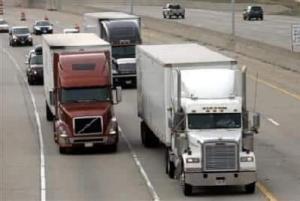 Interstate 69 travels from Indiana’s capital of Indianapolis north as it crosses the state line into Michigan traveling through Lansing and continuing onto the Canadian border. Indianapolis serves as a major hub for several different highways, crossing through Indiana to several other states as a means for trucking transportation and freight distribution. The I-65 travels from the northern end the state, through the capital and exits the southern border into Kentucky where it connects to the I-64 in Louisville, the I-64 then travels east to west connecting other cities and states. The I-74 travels through Indiana east to west connecting Cincinnati, Ohio and Indianapolis before continuing on into Illinois to Bloomington and Davenport. The I-70 also serves as a major artery heading towards the west coast through several large cities before ending in Utah.

Millions of pounds of goods are transported daily to provide homes and businesses with the supplies they need to keep the economy and helping to sustain employment throughout the country. Indiana is no stranger to commercial truck traffic, these vehicles travel millions of miles each day driving from coast to coast through the state of Indiana on interstate 70, connecting several large cities and states for transportation.

The rules and regulations for transportation in Indiana are fairly standard, some states have heavy travel restrictions for times and days, for a list of legal sizes and weights for commercial vehicles traveling through Indiana, you can find it on their department of transportation website.

Our LTL Freight Carriers and FTL Trucking Partners In Indiana include: